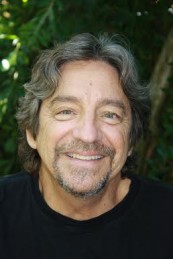 William Knoedelseder is a veteran journalist, best-selling author and television news executive who honed his investigative and narrative skills during 12 years as a staff writer at The Los Angeles Times, where his ground breaking coverage of the entertainment industry produced a long string of exposes. His two-year investigation of payola and other corrupt practices in the record business sparked five federal grand jury investigations across the country, led to the arrest and conviction of a score of organized figures, and formed the basis of his first best-selling book, Stiffed: A True Story of MCA, the Music Business and the Mafia (Harper Collins). Stiffed was named Best Non-Fiction work of 1993 by Entertainment Weekly, which called it “the scariest book of the year…and the funniest.” Two of the book’s main characters—New Jersey crime boss Gaetano “Corky” Vastola and Roulette Records founder Morris Levy–later served as the models for HBO’s Tony Soprano and his music mogul advisor, Herman “Hesh” Rabkin.

In a subsequent 13-year television career, Knoedelseder served as the executive producer and creator of news programs and documentaries for Fox Television, Disney, Knight Ridder and USA Broadcasting. For six of those years, he worked closely with Barry Diller, first at Fox and then at USA, where, as Vice President of News, he created an innovative nightly news program in Miami called The Times, which The Miami Herald praised as “a daring blend of newsmagazine-style exploratory journalism with irreverence, humor, dollops of opinion and a wink-of-the-eye attitude.” Miami’s New Times named it “Best Newscast in South Florida.”

Knoedelseder also produced two nationally televised documentaries. Marilyn: Something’s Got to Give, a critically acclaimed two-hour special about the making Marilyn Monroe’s last unfinished film during the final few months of her life, set a primetime ratings record for Fox. All the Presidents’ Movies, a three-hour special for Bravo, examined the movie viewing habits of the modern U.S. Presidents—what they watched, when, with whom, and how it connected to world events—based on the never-before-seen private logs of the official White House movie projectionist from 1953 to 1986. Aired over three nights, the special was narrated by Martin Sheen.

Since 2000, Knoedelseder has written three more books. In Eddie’s Name (Farrar, Straus & Giroux) chronicles the brutal murder of a Philadelphia teenager that made national headlines when Knoedelseder, as executive producer of the Knight Ridder news program Inquirer News Tonight,pressured the city to make public the content of 911 tapes recorded the night of the killing, which ultimately revealed a complete breakdown of Philadelphia’s emergency response system. I’m Dying Up Here: Heartbreak and High Times in Standup Comedy’s Golden Era (Public Affairs/Perseus) recounts Knoedelseder’s time as cub reporter covering the L.A. comedy club scene when David Letterman, Jay Leno, Robin Williams and Andy Kaufman were young and undiscovered. Film/TV rights have been acquired by actor Jim Carrey and the project is in development as a TV series. Knoedelseder’s latest, Bitter Brew: the Rise and Fall of Anhueser-Busch and America’s Kings of Beer, tells the riveting story of one of our nation’s most colorful and longest lasting business dynasties. Called “intoxicating reading,” by The Wall Street Journal, the book became a New York Times best seller and film rights were optioned by Lionsgate Television in association with Michael London, the Oscar-nominated producer of Sideways.

Knoedelseder is currently at work on his third book for Harper Collins, Fins, about the visionary car designer Harley Earl and his role in the phenomenal rise of General Motors.

BITTER BREW is a thoroughly researched and thoughtfully written book.

An engrossing behind-the-scenes look at one of America’s most successful and familiar brands.

BITTER BREW is a well-written, and thoroughly documented company history

In I'M DYING UP HERE, Knoedelseder skillfully layers powerful dramatic details, and readers will shelve the book alongside those other key classics on comedy.

Knoedelseder's ability to sniff out the human stories behind the headlines is what makes this rowdy chapter in stand-up such a good read. I'M DYING UP HERE is a bittersweet tale told with humor and economy.

...a fascinating look at the underbelly of the music business...STIFFED combines a detective story, a plausible account of record industry business practices (in the days prior to the compact disc explosion), and vibrant, memorable characters, all of which make it more interesting than anything a talented fiction writer could devise. Highly recommended.

IN EDDIE’S NAME is an extremely well-written book...excellent...highly recommended.