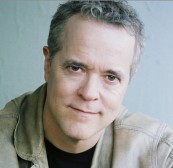 Rob Reid is a writer and technology entrepreneur based in Los Angeles, California.  He’s the author of YEAR ZERO (Random House/Del Rey, 2012) – a New York Times best-selling novel about aliens with a disastrously expensive weakness for American pop music.  In reviewing Year Zero, the Associated Press said, “Reid’s extreme imagination never wanes as he builds an entire universe,” while Wired’s Editor-in-Chief named it “my pick for best (and funniest) sci-fi book of the year.”  Amazon.com named YEAR ZERO one of the ten best Science Fiction and Fantasy books of 2012, as did Apple’s iBookstore.  The novel also finished sixth in the science fiction category from a field of (literally) thousands of qualifying titles in the annual Readers Choice Awards on GoodReads.

Rob’s essays, articles, and op-ed work have included pieces in the Wall Street Journal, Business 2.0, and a cover story for Wired magazine, in addition to pieces in innumerable highly trafficked websites and blogs.  He is also a widely cited speaker on issues connected to media, technology, and public policy.  A talk that he gave about copyright law from the main stage at TED’s flagship 2012 conference has been viewed millions of times across YouTube, the main TED site, and other video sites, and was the third most heavily-viewed talk from that conference on TED.com.  Rob has been interviewed about his writing and his viewpoints on nationally distributed NPR shows including On the Media, All Things Considered, West Coast Live, and LiveWire.

Rob has worked as an executive, venture capitalist, and entrepreneur in the technology world since 1994.  He was the sole founder, CEO, and Chairman of Listen.com, the online music company that developed the Rhapsody music service. Rhapsody was the world’s largest seller of online music until it was eclipsed (rather badly, he’ll admit) by Apple’s iTunes service.  Rob sold Listen and Rhapsody to RealNetworks. Viacom’s MTV Networks division later bought half of Rhapsody, and in March of 2010 it was spun out as an independent company. Rhapsody now has over a million paying subscribers.  Rob holds an MBA from Harvard Business School, a BA and an MA from Stanford University, and was a Fulbright Scholar in Cairo Egypt.

He is currently working on his second novel, EMERGENT.

Fans of Douglas Adams will rave about this smart, funny satire. Reid has crafted a masterly plot.... YEAR ZERO is fast paced and original, this is highly recommended.

Reid's strength is his ability to fuse pop culture with the other worldly in the service of a laugh.

Hilarious, provocative, and supersmart, YEAR ZERO is not merely the first IPSF (intellectual property SF) epic EVER WRITTEN, it is also a plain brilliant novel you will enjoy in perpetuity.

Year Zero is ROFLMAO funny, insightful, and sly--a sort of Hitchhiker's Guide to our own tortured commercial/litigation culture, by way of planet Zinkiwu.

YEAR ZERO - Named One of the Ten Best Science Fiction and Fantasy Books of 2012, by Amazon.com and the iBookstore