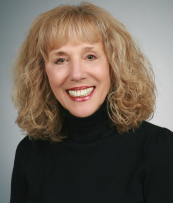 Linda Marsa is an award-winning investigative journalist and a contributing editor at Discover who has covered medicine, science, health and the environment for more than two decades. She is a former Los Angeles Times reporter and author of FEVERED: Why a Hotter Planet Will Harm Our Health and How We Can Save Ourselves (Rodale, 2013), which the New York Times called “gripping to read.” FEVERED won an honorable mention as best general nonfiction book of the year from the American Society of Journalists and Authors. She has also written for U.S. News & World Report, Aeon, Popular Science, The Daily Beast and Pacific Standard, among numerous others.

A popular speaker, Linda has lectured widely on climate change at major universities, leading environmental organizations, public health institutes and for general audiences, speaking at venues like George Washington University, Emory University, UC Irvine, University of Colorado and the Public Health Institute in Oakland. She has also been an instructor at The Writer’s Program at UCLA Extension for more than two decades and was named Teacher of the Year in 1999.

...a well-written and persuasive wake-up call for serious action to be taken against the consequences of global warming.

Linda Marsa’s FEVERED is a brilliant look at where we’re headed with climate change, and how we might lessen the damage, with changes that are well within the bounds of the possible. …she makes the case that our fate is not sealed. We can make a change, if we act today.

By turns disturbing and inspiring, Marsa tells two compelling stories in FEVERED She shows us that climate disruption has already begun to damage our health. She also makes clear that it's not too late to reshape our future by adopting clean energy and embracing smart conservation practices that are already bearing fruit in unlikely places.

2014 Best Books of the Year: FEVERED was awarded an honorable mention in the nonfiction books category by The American Society of Journalists and Authors