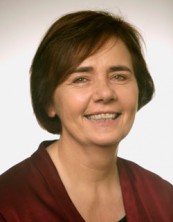 In 2001 Gail Collins became the first woman appointed editor of the New York Times‘ editorial page, and she resumed her twice weekly syndicated opinion column for the New York Times in 2007. Collins also writes for “The Conversation,” a Times blog in which she discusses political issues with David Brooks.

In her recent books, America’s Women and When Everything Changed, Collins offers insightful research and historical perspective, with characteristic wit and humanity.  In the New York Times Book Review, Amy Bloom praised When Everything Changed as a “smart, thorough, often droll and extremely readable account of women’s recent history” that provides the “best summary of American women’s social and political history that I’ve read.” Of her columns, New York Magazine finds that “in an age of outbursts, Collins has subverted the pundit’s rude role, performing what amounts to a sly soft-shoe over a rising wave of ideological bombast.”

A native of Cincinnati, Collins earned a bachelor’s degree in journalism at Marquette and a master’s in government at University of Massachusetts. Before joining The Times,  Collins was a columnist at New York Newsday and the New York Daily News, and a reporter for United Press International. Her first jobs in journalism were in Connecticut, where she founded the Connecticut State News Bureau (CSNB), which provided coverage of the state capitol and Connecticut politics.

WHEN EVERYTHING CHANGED is a smart, thorough, often droll and extremely readable account of women’s recent history in America...the best summary of American women's social and political history that I've read.

WHEN EVERYTHING CHANGED is exhilarating, accessible, and inspiring.

Gail Collins has an unflaggingly intelligent conversational style that gives WHEN EVERYTHING CHANGED a personal and authoritative tone all at once.

-Cathleen Shine for The New York Review of Books

AMERICA'S WOMEN is an illuminating cultural history of American women from the first colonists to the present day...an exceptionally readable, lively account...informative and entertaining, full of vivid stories that reveal not only what women were doing but how they felt about it.

AMERICA'S WOMEN is a fully accessible, and thoroughly enjoyable, primer of how American women have not only survived but thrived.

Winner of the Associated Press Award for Commentary

Winner of the Women in Communications Matrix Award