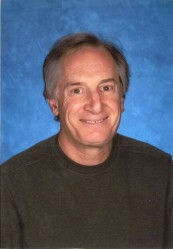 Journalist Ron Berler has spent much of his career reporting on youth issues. For more than two years, he wrote a weekly column on the subject for the Chicago Tribune. His article in the New York Times Magazine about the growing epidemic of serious arm injuries among teenage baseball pitchers helped convince Little League Baseball to tighten its pitch-count rules. During his tenure as Editor-in-Chief of NBA Inside Stuff, a pro basketball magazine for teens, the magazine won a Parents’ Choice Gold Award seal of excellence. His work has appeared in Sports Illustrated, Wired, Men’s Journal and Outside, among other publications.

Berler’s latest book, RAISING THE CURVE: A Year Inside One of America’s 45,000* Failing Public Schools (Berkley Books, a Penguin Random House imprint), tells the story of two fifth-grade girls – best friends but very different types of students – their teacher, the school’s literacy specialist and the principal, and the daily struggles each faces dealing with the pressures brought about by No Child Left Behind.  Education reform expert Diane Ravitch wrote of it, “It is popular treatments like Berler’s that will help the American public understand that public education is not ‘broken,’ but federal education policy is broken and should be completely scrapped and rewritten to address real problems.”

He proposes not a silver bullet solution, but a complex, interwoven plan to repair our education crisis.

Berler’s ability to recount the struggles of failing schools through the viewpoints of its primary players—students, teachers and administrators—provides new insight on an old saga

In a compulsively readable and fast-paced chronicle of the lives of administrators, teachers, and students, Berler captures the deep love the teachers have for their students and the teachers’ struggles to teach to the test while hoping to instill a love of learning.

Throughout the period of No Child Left Behind, every school, every district, every state was in a desperate race to achieve a level in standardized testing called 'proficiency.' What people don't realize is that 'proficiency' has no relation to 'grade level.' In fact, it is a standard beneath 'grade level.' For more than a decade, we taught our children to a standard below 'grade level.' And we wonder why our education system is in crisis. from RAISING THE CURVE: A Year Inside One of America's 45,000* Failing Public Schools