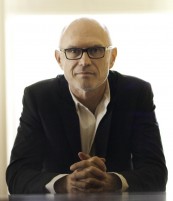 Miroslav Volf is “one of the most celebrated theologians of our day” (Archbishop of Canterbury Rowan Williams). He is Founder and Director of Yale Center for Faith and Culture and Henry B. Wright Professor of Theology at Yale University Divinity School. He studied philosophy and theology in his native Croatia and United States, and earned doctoral and post-doctoral degrees (with highest honors) from the University of Tübingen, Germany.

His book EXCLUSION AND EMBRACE  (1996) was a winner of the prestigious Grawemeyer Award in Religion and Christianity Today named it one of the 100 most important religious books of the 20th century. He was a member of the Global Agenda Council of WEF on Faith and Values and for three years taught a course on Faith and Globalization with Prime Minister Tony Blair.

This insightful exploration of how Christians may faithfully engage today's political and pluralistic culture provides accessible, wise guidance for people of all faiths.

[Volf] is one of the most well-respected modern theologians to address the issue of religion and politics in a fairly systematic way. His contribution in A PUBLIC FAITH is highly original. . . . I found the book learned, interesting, and creative. It is written accessibly and will interest laypersons and scholars alike. The book deserves a wide audience and is one that will affect its readers well after they have turned the final page.

An indispensable guide for voices of faith within the arena of public discourse. A PUBLIC FAITH is arguably the most important book on the topic since H. Richard Niebuhr's Christ and Culture.

With a conversational tone and the backing of both sacred texts, the author argues in ALLAH: A Christian Response that while beliefs about God may differ, the object of worship for both religions is the same (or at least the objects are "sufficiently similar"). Such "claims are spicy," but come after careful consideration. Volf provides a thorough examination of theology to show the complexity of what seems a simple question of terminology. Perhaps the most stirring and involved debate concerns the comparison of the Christian Trinity to Allah. On such a heated topic, readers will appreciate Volf's sense of humor and optimism...his timely call for Christian love toward Muslims should at least lead to further dialogue, if not increased social cooperation. This is an important book.

I read the Bible as a sacred text and a witness to Jesus Christ; a site of God’s self-revelation; a text from the past through which God addresses all humanity and each human being today; a text that has an overarching unity yet is internally teeming with rich diversity; a text that encodes meanings and refracts them in multiple ways; a text we should approach with trust and critical judgment as well as engage with receptivity and imagination; a text that defines Christian identity yet speaks to people beyond the boundaries of Christian communities. from the introduction to CAPTIVE TO THE WORD OF GOD

Winner of the Grawemeyer Award in Religion for EXCLUSION AND EMBRACE