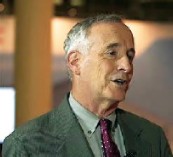 Laurence J. Kotlikoff is a William Fairfield Warren Professor at Boston University, a Professor of Economics at Boston University, a Fellow of the American Academy of Arts and Sciences, a Fellow of the Econometric Society, a Research Associate of the National Bureau of Economic Research, and President of Economic Security Planning, Inc., a company specializing in financial planning software. An active columnist, Professor Kotlikoff’s columns and blogs appear in the Financial Times, Bloomberg, Forbes, Vox, The Economist, Yahoo.com, and the Huffington Post. Professor Kotlikoff received his B.A. in Economics from the University of Pennsylvania in 1973 and his Ph.D. in Economics from Harvard University in 1977.

From 1977 through 1983 he served on the faculties of economics of the University of California, Los Angeles and Yale University. In 1981-82 Professor Kotlikoff was a Senior Economist with the President’s Council of Economic Advisers.

He has provided expert testimony on numerous occasions to committees of Congress including the Senate Finance Committee, the House Ways and Means Committee, and the Joint Economic Committee.

THE CLASH OF GENERATIONS is a truly important book, and I hope that it will be so widely read as to inspire a meaningful widespread dialog among individuals, families, and policymakers.

-Publishers Weekly on THE CLASH OF GENERATIONS

-Publishers Weekly on SPEND 'TIL THE END