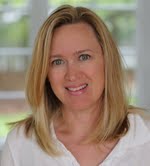 Dr. Katrina Firlik is co-founder and chief medical officer of HealthPrize Technologies, an Internet company with a novel solution for improving adherence to prescription medications, critical to improving health outcomes. Before founding HealthPrize, Katrina was a neurosurgeon in private practice at Greenwich Hospital in Greenwich, Connecticut, and on the clinical faculty at Yale University School of Medicine.

In addition to her scientific publications, Katrina is the author of Another Day in the Frontal Lobe:  A Brain Surgeon Exposes Life on the Inside, published by Random House and reviewed by The New York Times, The Los Angeles Times, and O Magazine. She enjoys conveying medical concepts to the public and has appeared on CNN, Fox, and MSNBC as a commentator on a variety of medical issues.  She is also co-inventor of a brain stimulation device designed to enhance recovery after stroke.

Katrina grew up in Shaker Heights, Ohio and attended Cornell University, with an undergraduate major in cultural anthropology.  She attended medical school at Case Western Reserve University in her hometown of Cleveland, and completed her neurosurgery residency at the University of Pittsburgh, one the largest neurosurgery centers in the country, where she was the first woman accepted to the program.  Katrina also completed a specialty fellowship in epilepsy surgery at Yale University. She is currently working on her second book.

Katrina lives in Darien, Connecticut with her husband Andrew, a neurosurgeon-turned-venture capitalist, and their daughter Annika.

ANOTHER DAY IN THE FRONTAL LOBE is an engaging tour of human brains and the doctors who cut into them. Dr. Firlik has a sharp sense of humor, and a lively sense of the small absurdities of her profession... she likes vivid examples, and she has a gift for translating medical issues into everyday terms. As a guide to the winding hallways of a hospital, and the terrifying mysteries of the operating room, Dr. Firlik excels.

…frank, unapologetic… this is a book of remarkable breadth, covering the state of the science and the art of the practice, the study of consciousness, personal stories and the future of cognitive enhancement, transcranial magnetic stimulation and something called ‘a brainlift.’

This witty and lucid first book demythologizes a complex medical specialty for those of us who aren't brain surgeons.

. . . Firlik recounts some of her more wrenching cases. In the process, she demonstrates unusual empathy -- sometimes a rarity in her specialty, one of medicine's toughest . . .

A thoroughly entertaining and candid look at the rarefied world of modern neurosurgery.

It is close to amazing that a surgeon could make her life and her work interesting to a lay readership, but she does, and she does it with wit, with flair—and with sharp writing that never ascends to the out-of-reach level of medicine-speak.

Not only is Firlik a breezy and engaging writer, she has urgent things to say about the nature of modern medicine and the ethical issues raised in any decision to operate on the brain.

In her macabre and quirky memoir, Firlik devotes a whole chapter to noggin-busting tools, gushing over a prized cranial drill.

The brain is soft. Some of my colleagues compare it to toothpaste, but that’s not quite right. It doesn’t spread like toothpaste. It doesn’t adhere to your fingers the way toothpaste does. Tofu -- the soft variety, if you know tofu -- may be a more accurate comparison. from ANOTHER DAY IN THE FRONTAL LOBE: A Brain Surgeon Exposes Life on the Inside