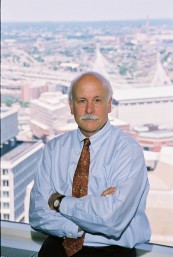 James B. Conroy is the author of OUR ONE COMMON COUNTRY: Abraham Lincoln and the Hampton Roads Peace Conference of 1865, published by Lyons Press in 2014. In a starred review, Kirkus called Our One Common Country “a brilliant account of the doomed effort to end the Civil War through diplomacy.” Publisher’s Weekly praised its “fascinating insight into the war’s major players.” The leading Lincoln historian Harold Holzer said “Conroy shows that it is possible to write exciting prose with scholarly integrity intact.” Bob Schieffer of CBS News called him “a terrific writer.” The book resulted in Conroy’s election as a fellow of the Massachusetts Historical Society, and he is now at work on a second book, Lincoln’s White House. Enhanced by a striking collection of computer-colorized Civil War photography that brings the past to life, Conroy has made presentations on OUR ONE COMMON COUNTRY at the Museum of the Confederacy, Harvard Law School, the Boston Athenaeum, and many other venues.

Before joining the bar, Conroy served as Press Secretary for the United States Senate Committee on the Budget and wrote speeches delivered by its successive Chairmen, Senator Edmund S. Muskie (D. Me.) and Senator Ernest F. Hollings (D. S. C.) to the Senate, the National Press Club, and many other distinguished audiences. Conroy subsequently served as Administrative Assistant (chief of staff) to Congressman James Scheuer (D. N. Y.).

From 1971 to 1977, Conroy served in the United States Navy Reserve in antisubmarine aviation units as a Navy photographer and journalist. He lives in Hingham, Massachusetts, where he has coached youth sports teams and has chaired the Town’s Advisory Committee, its Government Study Committee, and its Task Force on Affordability and has served as Assistant Moderator of the Hingham Town Meeting, a New England institution through which the Town has governed itself since 1635, well before Conroy’s time.

…a sparkling account of Abraham Lincoln and Alexander Stephens’ extraordinary, but historically neglected, peace meeting at Hampton Roads, Virginia, in February 1865. Conroy has done a fine job of mining period newspapers, diaries, and other useful material to trace the step-by-step approach of the meeting. He sets the table well with vivid portraits of the commissioners and the major political figures waiting anxiously for news back in their respective capitals… An appealing cast of bullies and eccentrics populates every chapter. ...a gripping and well-researched page turner. Historians take note: Conroy shows that it is possible to write exciting prose with scholarly integrity intact.

A brilliant account of the doomed effort to end the Civil War through diplomacy. …this excellent debut, captures the hope, weariness, despair and anger of the moment and the complexity of feelings on both sides. The author lays out this tragic and fascinating story in a style that is witty, acerbic and ironic. His characters stand out as strikingly distinctive individuals… A splendid addition to any Civil War library

Conroy, a lawyer and former DC publicist and speechwriter, gives lie to the shibboleth that a thoroughly researched, abundantly footnoted, monograph can only be written in parched, overly academic jargon, by denizens of collegiate ivory towers. OUR ONE COMMON COUNTRY swings out at a quick step pace with a narrative strategy that manages to incorporate a myriad of detail and analysis into a universe of uncommon suspense. It resonates with illustrative anecdotes, pithy turns-of-phrase, occasional hints of irony, andbon mons enough to fill a gossip column. It's a Civil War story that experts and novices will find riveting and revelatory.

Conroy is a terrific writer who tells the story of one of the war’s least known episodes, the Hampton Roads Peace Conference. But it is the way he describes the people around Lincoln, their interaction with him and each other that makes this such a good read. Great anecdotes—if you’re like me you’ll find yourself pausing every few pages and saying, ‘I never knew that’—my favorite kind of book!

A richly detailed, carefully analyzed, and well-written account of the Hampton Roads meeting. …an excellent and long-needed addition to Civil War historiography.

-Michael B. Ballard, author of Grant at Vicksburg

In this massively researched, exceptionally well-written book, James Conroy has illuminated and set in its historical context an episode familiar and yet hitherto not closely examined. [it has] an immediacy and human dimension rarely found in serious historical works. This is, moreover, a page-turner to be read for sheer pleasure.

- Hiller B. Zobel, author of The Boston Massacre

Exhaustively researched and engagingly written, James Conroy’s account of the Hampton Roads Conference makes an important contribution to the field of Civil War studies. General readers will enjoy the memorable portraits of individuals and the convincing re-creation of popular emotions as the war ground toward its close.