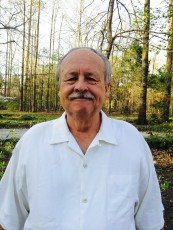 Journalist Dennis McDougal (Los Angeles Times, New York Times, TV Guide, etc.) is the bestselling author of twelve books, including most recently DYLAN: The Biography released by Turner Publishing in May of 2014. In a career dating to the 1970s, he has also authored hundreds of newspaper and magazine articles and produced award-winning TV documentaries.

Before he began covering movies and media as a staff writer for the Los Angeles Times in the 1980s, McDougal reported for dailies in Riverside and Long Beach, California. He earned a B.A. and M.A. in journalism at UCLA and won a John S. Knight Fellowship in 1981, spending a year teaching and studying psychology and law at Stanford University. A producer for CNN during the murder trial of O.J. Simpson, McDougal has won more than fifty honors, including a George Foster Peabody Award. He is the award-winning biographer of Jack Nicholson, Bob Dylan, Universal Studios chieftain Lew Wasserman and the Los Angeles Times’ Otis Chandler. McDougal was featured in the 2009 PBS documentary that he co-produced about the late Los Angeles Times publisher, “Inventing LA: The Chandlers and Their Times.” He has lectured in journalism and creative writing at UCLA, Stanford, Cal State Fullerton, and Cal State Long Beach. He and his wife Sharon live near Memphis, Tennessee.

...a gleefully acid-etched biography...McDougal presents his caustic indictment with energy and panache.

A model biography: exhaustive, full of action, and startlingly illuminating. . . . McDougal presents an engrossing showcase of big films and bigger personalities [and he] makes Nicholson's everyday life just as fascinating as his films. . . . McDougal's research is so deep and detailed, his extensive chapter notes could make a fine book of their own."

Dennis McDougal paces his excellent biography of Jack Nicholson, who recently became a septuagenarian, with the command of an experienced marathoner.

-Hendrick Hertzberg for The New Yorker

Real glamour needs a dark side. That is part of the fascination of Dennis McDougal's wonderful book THE LAST MOGUL.

THE LAST MOGUL is thoroughly reported and engrossing . . . the most noteworthy trait of MCA was how it hid its power

Over the years, I've read hundreds of books on Hollywood and the movie business, and THE LAST MOGUL is right at the top.

Nominated for the Edgar Award

Winner of the National Headliner Award

Winner of the John S. Knight Fellowship at Stanford University