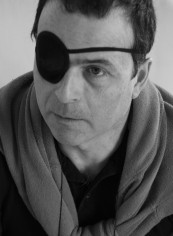 A native San Franciscan, David Downie lived in New York City, Providence, Rome and Milan before moving to Paris in the mid-1980s. He divides his time between France and Italy. His travel, food and arts features have appeared in over 50 leading print publications worldwide.

Downie’s latest book is A PASSION FOR PARIS: Romanticism and Romance in the City of Light (Spring 2015, St. Martin’s Press), a lively literary romp through Paris from the Romantic Age to the present. Among Downie’s many other nonfiction books are the classic critically acclaimed collection of travel essays PARIS, PARIS: Journey into the City of Light, and the bestselling PARIS TO THE PYRENEES: A Skeptic Pilgrim Walks the Way of Saint James. An authority on Italian and French food and wine Downie has authored half a dozen works on these topics, including COOKING THE ROMAN WAY: Authentic Recipes from the Home Cooks of Rome, and three award-winning volumes of Terroir Guide/Food Wine travel-food-and-wine books. He is also the author of two thrillers including PARIS CITY OF NIGHT. Downie’s Paris Timeline and Food Wine Rome travel apps are available from iTunes.

PARIS, PARIS is beautifully written and refreshingly original…Curious and attentive to detail, Downie is appreciative yet unflinching in describing his adopted home…makes us see [Paris] in a different light

PARIS, PARIS…gives fresh poetic insight into the city… a voyage into ‘the bends and recesses, the jagged edges, the secret interiors’ [of Paris].

Perhaps the most evocative American book about Paris since A Moveable Feast.

[A] quirky, personal, independent view of the city, its history and its people. Residents will recognize a place they can vouch for and not the clichés so frequently conjured up to match the legends. Visitors and newcomers are bound to find Paris, Paris reliable company as they discover the city’s beauties and pleasures and its problems too.

Like the guide who leads us through The Hermitage and its history in Sokurov’s 'Russian Ark’, David Downie is the master of educated curiosity. With him we discover Paris, a seemingly public city that is, in fact, full of secrets—great lives, lives wasted on the bizarre; forgotten artisans; lost graves (lost till now); the ‘papillons nocturnes’; and the ‘poinçonneur des Lilas’. I have walked some of the city’s streets with him, and reading this book is just as tactile an experience.

PARIS TO THE PYRENEES is an extraordinary account that illuminates France past and present and casts a light on something even greater: the truth that, however we choose to label our journey, we are all pilgrims on a common quest, to answer why we wander life’s question-paved path.

PARIS TO THE PYRENEES is an entertaining read… fabulous company!