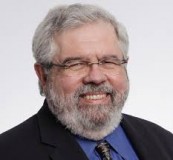 David Cay Johnston is an investigative journalist and the winner of a 2001 Pulitzer Prize for uncovering loopholes and inequities in the U.S. tax code, while reporting for The New York Times. He has served as president of the 5,700-member Investigative Reporters & Editors and is the author of the critically acclaimed and bestselling trilogy Perfectly Legal, Free Lunch, and The Fine Print. His latest book is the world-wide bestseller The Making of Donald Trump, now in 10 languages. He is the editor of Divided: The Perils of Our Growing Inequality, recently published by The New Press. He teaches at Syracuse University College of Law.

Johnston is a columnist for The Daily Beast, Investopedia and Tax Notes and a frequent contributor  commentator on economic issues, on MSNBC, Al Jazeera, PBS, CNN, BBC, CBC and numerous public radio shows.

DIVIDED is a potent chronicle of America's 'extreme inequality, the worst by far of any nation with a modern economy'.

THE FINE PRINT is investigative journalism at its best, as Johnston seeks to comfort the afflicted while afflicting the comfortable.

David Cay Johnston is one of the few journalists who understand and write about the inner workings of the U.S. tax code. He's made a fine career of chronicling how large companies and the wealthy have plundered the government's coffers, often with help from the politicians who write our tax laws. His accolades include a Pulitzer Prize for exposing outrageous loopholes used to shelter vast amounts of income…THE FINE PRINT expands on that theme, showing a gamut of ways in which big corporations, especially regulated utilities, cheat ordinary people (as well as each other) out of their money.

With clarity, conciseness, and cool, fact-saturated analysis, Mr. Johnston, the premier investigative reporter on how industry and commerce shift risks and costs to taxpayers, sends the ultimate message to all Americans—either we demand to have a say or we will continue to pay, pay, and pay.

PERFECTLY LEGAL has enough shockers to induce hives and palpitations.

Everyone who wants to understand what’s happening with the tax system should read PERFECTLY LEGAL…Johnston shows how ideologues have made American safe for wealthy people who don’t feel like paying taxes.

PERFECTLY LEGAL is a thoughtful overview for any citizens willing to educate themselves on the issue.

Everyone should read PERFECTLY LEGAL…it will make your blood boil.

in FREE LUNCH, Johnston writes compellingly to show how government-private sector collusion affects the middle class and the poor.