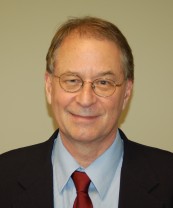 David Albright, a physicist, is founder and President of the non-profit, non-partisan Institute for Science and International Security in Washington, D.C. He regularly publishes and conducts scientific research. During the last three decades, he has written countless assessments on secret nuclear weapons programs throughout the world, particularly those of Iran, North Korea, and Pakistan.  Albright has testified many times on nuclear issues before the U.S. Congress and advised numerous governments.

He has authored four books, including 2010’s PEDDLING PERIL: How the Secret Nuclear Trade Arms America’s Enemies, listed by The Atlantic as one of the best foreign affairs books of 2010.

This book will shake up even the most complacent among us. The Pakistani scientist A.G. Khan and his global smuggling network of nuclear secrets is the book’s central case study, but despite Khan’s arrest years back, the market for such illicit information continues to thrive and elude event the savviest of government watchdogs.

*Starred Review* A former CIA and NSA intelligence analyst who heads an organization that monitors nuclear proliferation, Albright traces in disturbing detail exactly how nuclear technology has proliferated worldwide in the last 20 years. The trail leads back to the infamous Pakistani nuclear specialist A. Q. Khan, who began by stealing technology back in the 1970s from under the noses of his easily duped Dutch employer and a lax Dutch government, then sharing it, first with his home country and subsequently with Iran, Libya, and North Korea, along with Iraq, South Africa, even al-Qaeda. The shock is not only how far-reaching was Khan’s mischief but also how easily he carried it out, working with all-too-willing suppliers and around national governments that had neither the monitoring capabilities nor—even when Khan’s actions were discovered—the political will to stop him. Albright argues for establishing universal laws and norms against nuclear smuggling, securing existing nuclear stocks, and developing a globally interconnected system that would provide early detection of nuclear trade. A book that puts into context our genuine nuclear peril, while offering concrete ideas on how to reduce it.

Albright is on top of the material and conveys the underlying scientific and engineering issues with lucidity and authority.

This is a valuable book: The reader's outrage mounts as clues emerge, the danger spreads and government officials look the other way. It's clear what drives Albright: America must vastly improve its ability to prevent nuclear smuggling and, ultimately, nuclear terrorism. After reading "Peddling Peril," it drives my fears too.