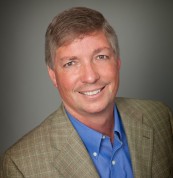 Craig K. Collins is a San Diego-based author and executive. His first book THUNDER IN THE MOUNTAINS: A Portrait of American Gun Culture is a work of literary non-fiction that offers readers a unique and personal look at our country’s ongoing gun crisis. Collins is a master at spinning eloquent coming-of-age tales set against the majestic backdrop of the American West and in the small towns of his youth. One of the seminal events of his life occurred during a deer hunt with his father and brothers in the rugged wilderness of Northeastern Nevada. That’s when Collins, at the age of 13, accidentally shot himself in the foot with a high-powered deer rifle. It was a harrowing incident, and he uses it as a jumping-off point for his engaging and poignant memoir about the historical formation of America’s gun culture and how the effects of that culture came to reverberate daily coast-to-coast.

A native of Pocatello, Idaho, Collins attended college in San Diego, where he has lived since. He holds a BA in English and an MBA from San Diego State University. After a stint as a journalist, he served as a senior executive for Fortune 500 companies. Later, he founded a series of technology start-ups and has raised over $60m in venture capital. He currently serves as President & CEO of Boost Academy, a venture-backed educational technology firm.

Collins is well-versed in big data and analytics, and since his gun accident, has had a long and abiding interest in America’s ongoing epidemic of gun violence. This interest and expertise led him to found and serve as Executive Director of the Center for Gun Analytics. The San Diego-based non-profit is dedicated to leveraging the power of technology and big data to accurately illuminate the true nature of American gun deaths and injuries. The organization’s team of scientists, statisticians and researchers employ the latest software, analytical and algorithmic systems to glean insight from current gun violence data. The findings and data are then shared, publicized and made widely available for the public good. The CGA advocates for increased federal funding – to agencies such as the Centers for Disease Control and the National Institutes of Health – that’s on a level commensurate with the pervasive scope of American gun violence, an epidemic that claims over 114,000 casualties annually.

Collins's first book, THUNDER IN THE MOUNTAINS: A Portrait of American Gun Culture ... (is) a towering new work of literary nonfiction. Powerful and skillfully written, (it) is as its subtitle suggests a portrait of American gun culture. But at its core it is a poignant and heartbreaking coming-of-age story. Collins recounts his personal and family history as well the history of the American West, sharing stories that have at least one thing in common: guns and the unthinkable destruction they can bring.

-Jamie Reno for The Reno Dispatch

The story, which recounts the author’s childhood in a family in which guns were a part of everyday life, is punctuated by tragedy: a friend is seriously injured by a gunshot to the head in a hunting accident; another friend’s father commits suicide by shooting himself; the author shoots himself in the foot in another hunting accident; and so on. It’s not really a book about the broader side of America’s gun culture; it’s a book about the way a man’s life was shaped by that culture and how gun violence touched his life. Collins views a subject that elicits seemingly endless topics for debate, and gives it a single, highly personal point of view: this is how all of that impacted my life. A very interesting addition to the gun literature.

Recounting his childhood in small-town Nevada, Collins portrays his affection for the rugged individualism of the Western lifestyle. Barely a teenager, Collins accidentally shot himself in his foot with a hunting rifle and had to endure his injury for more than eight hours as he traveled out of the wilderness to the nearest hospital. The author was lucky; had the shot entered only a fraction of an inch in the other direction, he might have lost his foot. In his remembrance, however, others were not so fortunate.

Thunder in the Mountains is the culmination of thoughts that have been percolating in my mind for a number of years, or even decades. I’ve always had a deep, intimate understanding of guns and their place in the history of both my family and my country. And, of course, having actually been shot with a gun tends to sharpen your senses on the issue. from Q&A with Craig Collins