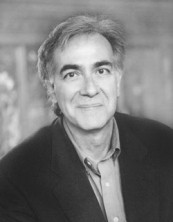 Carlos was born in Havana in 1950. He is now the T. Lawrason Riggs Professor of History and Religious Studies at Yale, where he has served as chairman of the Department of Religious Studies and the Renaissance Studies Program.  Before joining the Yale faculty in 1996, he taught at St. John’s University in Minnesota and the University of Virginia, and spent two years at the Institute for Advanced Study in Princeton, one of them in an office directly across from Einstein’s.  In 1962 he fled to the United States as one of the 14,000 unaccompanied children airlifted out of Cuba through Operation Pedro Pan.  After living in several foster homes in the United States – including one for juvenile delinquents — he was reunited with his mother in 1965, but his father was never able to leave the island.  Working full-time jobs as he attended high school and college, he eventually earned entrance to the Graduate School at Yale University, where he received his Ph.D.  in 1979.

Eire is the author of Waiting for Snow in Havana (Free Press/Simon&Schuster, 2003), a memoir of the Cuban Revolution, which won the nonfiction National Book Award in 2003 and has been translated into thirteen languages.  He is also the author of several highly-acclaimed scholarly books on early modern European religious history, including War Against the Idols (Cambridge, 1986), From Madrid to Purgatory(Cambridge, 1995), and A Very Brief History of Eternity(Princeton, 2009).  In addition to serving on the publications committee of Yale University Press, he is an associate editor of the journal Church History, and was elected President of the American Society for Reformation Research in 2010.  All of his books are banned in Cuba, where he has been proclaimed an enemy of the state: a distinction he regards as the highest honor of all.  A second memoir, Learning to Die in Miami, was published in 2010 (Free Press/ Simon & Schuster), and is currently being turned into a major feature film.  He is currently working on a biography of St. Teresa of Avila, to be published by Princeton University Press.

Carlos Eire can speak about five different areas, and has several talks ready to deliver within each area.

WAITING FOR SNOW IN HAVANA is the most accomplished literary expression of exile sensibility to have appeared to date. What is powerful and lasting about the book is Eire’s evocation of a childhood and his extraordinary literary ability.

Eire is gifted with what might be called lyric precision – a knack for grasping the life of a moment through its sensuous particulars… WAITING FOR SNOW IN HAVANA is vigorously written and alive.

LEARNING TO DIE IN MIAMI is a mix of insightful observation, humor and heartfelt emotion.

Winner of the National Book Award for Non-Fiction, 2003